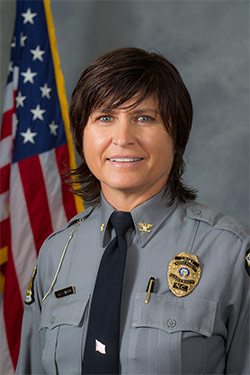 Chief Lawson has been an active member of IACLEA (International Association of Campus Law Enforcement Administrators) for 20 years, during which time she served on the Board of Directors, as a conference host and co-host, co-chair of the IACLEA Accreditation Commission and Membership Committee, and led the WFU Police Department to became the first agency to successfully complete IACLEA Accreditation in 2008. She was one of the first IACLEA trained LEMAP (Loaned Executive Management Program) Assessors, and represents IACLEA on the Board of Directors for the Council for the Advancement of Standards in Higher Education. Chief Lawson has also served two terms as a board member with the Northeast North Carolina Chapter of the Red Cross.

In addition, she has been a long-term member of IACP (International Association of Chief of Police), served as President of NCACLEA (North Carolina Association of Campus Law Enforcement Administrators), and has assisted in the passing of several legislative actions to advance campus law enforcement.